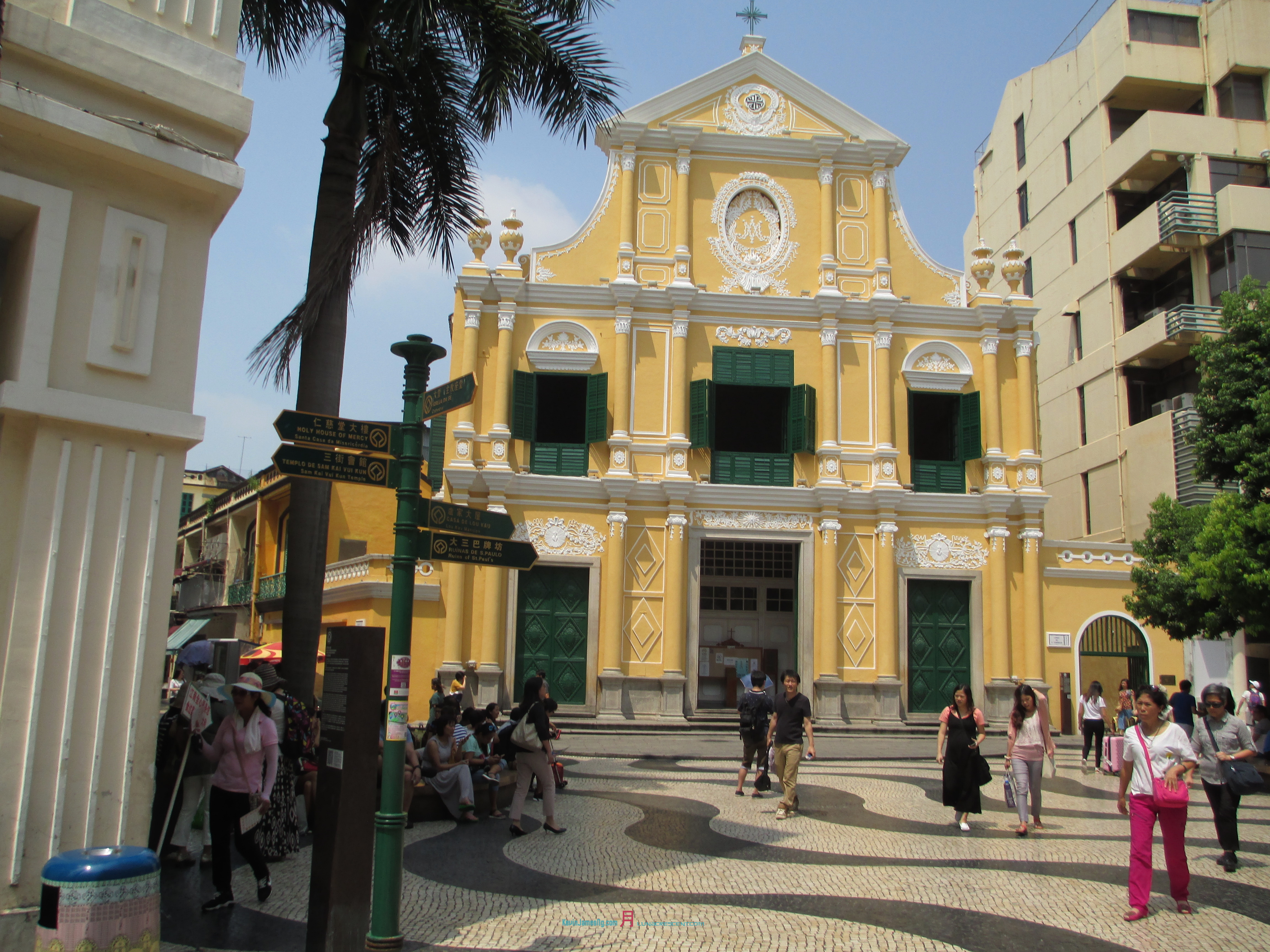 As driving away from the Church of Lady of Penha in São Lourenço Macau, with my tour guide, in which the next stop is the old City town square in which is Sendo Square or known as Senate Square, in which is quite iconic due to the beach wave paved tile square…… In which back in during 16th to 18th century the town square it was a major town meeting place of the people of Macau, for Chinese also the Portuguese… The Square was named after Leal Sendo – Loyal Senate in translation from Portuguese… in which the various parts of the senate was based on the collective of Parishes as I was told..

The centric location of the square is the centuries old buildings in connects to various parts of the triangularly as the area goes in which its centuries old vitalized  neighborhood district joins with the other districts of Largo do São Domingos at one end and Avenida de Almeida Ribeiro…… as it was a center ground as a meeting place, also it’s a place of commerce in which the shopping has evolved from its traditional old school  to more now more of mainstream shopping local to  international brands that have taken over the last few decades slowly while still retaining its original character of how it was long ago as I walked towards the street endings in which I could sense it’s retracing its history back building by building, layer by layer there are still the old school stores that are around as exploring  the architecture nature of the Senado has a lot of Italian, Vienna, Spanish, Portuguese influences collectively with a mixture of Chinese influences in which I could see in culinary that I’ve been for lunch in a Portuguese restaurant call Dom Galo restaurant in which there are two one at Calçada do Tronco Velho, n 10,  the other that I ate in at Av. Sir Anders Ljungstedt, n 36 G/F, AF-AG…… as I tasted  each dish that I’ve ordered,  I could see how those influences are brought  within Macau’s  culinary  dishes together in fusion within all those cultures that history residing in Macau also in relation to its layered by layer architecture..

as Macau grows so does its evolutionary architecture in which is heavily influence by it’s Portuguese past..

As walking around the Sendo Square, I  was how amazed that how vibrate the colours are around the place, with sunny yolk yellows, white Portuguese walls, also how clean the streets are even the side streets shopping alleys are also clean aswell.. As walking on those white and black tile pavements streets. In which the those streets with white tiles pavements in which line up to various streets to in out of the Sendo Square is also the linking tight alleys streets that leads up to the to another iconic place in Macau.. The weather battered harden 17th century church of St. Paul in Santo António in which is another Macau’s center square…