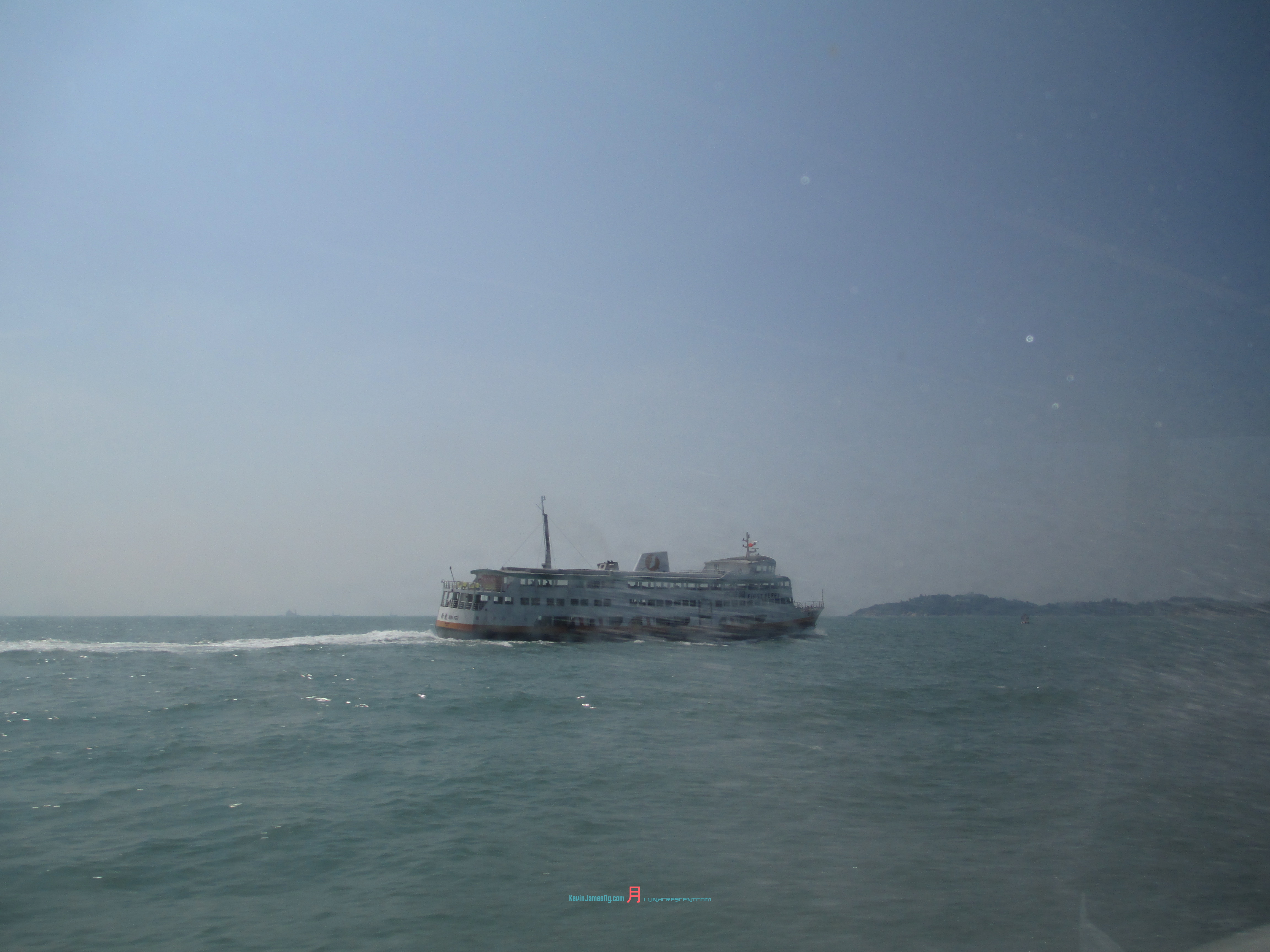 My next stop is another Special Administrative Region…. In which pretty much like In Already Tomorrow in Hong Kong… in which Hong Kong to its SAR – Portuguese colonial Counterpart is 62 kilometers… in which takes least fifty five minutes on a Turbo Jet high velocity ferry from Tsim Sha Tsui China Ferry Terminal, in which there are other terminals to catch the Turbo Jet from is from Hong Kong International Airport- off wise of Lantau Island, also from Hong Kong Island where the other terminals nearby Victoria Harbour..

Located at 33 Canton Road  at  Tsim Shan Tsui , Kowloon, The Terminal from China Ferry Terminal on a modest least cluttered clear morning, from Tsim Sha Tsui is from there my journey begins at going towards Macau… also it pays to have a strong breakfast beforehand due to the amount of walking adventuring that lies ahead… Taking the Turbo Jet to Macau in which you have to purchase the Tickets at the Turbo Jet counter inside the China Ferry terminal in this case where the terminal that I’m departing from ….  Given if you are traveler it pays to have your passport ready for customs and immigration…. Also a bobby pin, hair clips or paper clips in which comes in handy to hold your documents together in which that the documentation slips are generally loose….

Having purchasing my ticket, with a book timing the time of depart from Hong Kong’s China Ferry Terminal also the time leaving for Macau Marine time Ferry Terminal from the previously day, In which it pays to be prepared.. In case of last minutes entanglements…. As there are various ways of travelling to Macau, one option is travelling by liner at the Harbour City Terminals, or the very traditional way of a slower ferry or if you have money to spend its helicopter or aircraft… The other way is going by Turbo Jet in which I settle for… also settle for a window seating… having boarded my ferry ride from Tsim Sha Tsui. The Turbo Ferry took no matter of time in gathering momentum to start surfing the Jade liquid Pearl Delta-Victoria Harbour … in which my view was slight stain satin glass obscured by the tint layered thin film that created a daytime Noir film of ferry leaving Hong Kong to Macau with in between choppy Harbour…

As seated in for the remaining least as one hour journey on the Turbo Jet, finding some snacks in my backpack to keep me occupied for the remaining of the ferry ride, as I remain constantly occupied for the constant view of leaving Hong Kong’s Victoria’s Harbour towards Macau.. As the views of the window transition from looking at Hong Kong Island towards…. The smaller dotted islands with the abundances of massive cargo ships that still awaits for berthing to unload –load their containers.. in which those containers was invented by Hong Kong- fun fact..

As the journey progresses, the smaller islands come in view in the distance closer towards further in distance as the Turbo Jet raced away towards Macau in which the journey time in between two SAR’s takes fifty five minutes..….

As the Turbo jet starts too de-accelerated as the Macau’s Harbour in which, then the first time adventuring into Macau begins… as new to Macau it’s best to do grab a good map, or making sure in getting a great data plan in internet data roaming getting going in which search for information for places if you’re going alone adventuring around Macau.. .. As for the first time here, I hired a personal tour guide for the day services in which they can be found around the terminal, also it’s best to look around in which one good one that I’ve encounter is Agencia De Viagens.- Seng Wang Limitada..   in which the driver-tour guide throughout the day has been excellent as showing the key Macau spots, also explaining, talking the social ground issues unlike any tour guide that I’ve met before also the in-depth issues of Macau History also travel safety advice in which invaluable…..