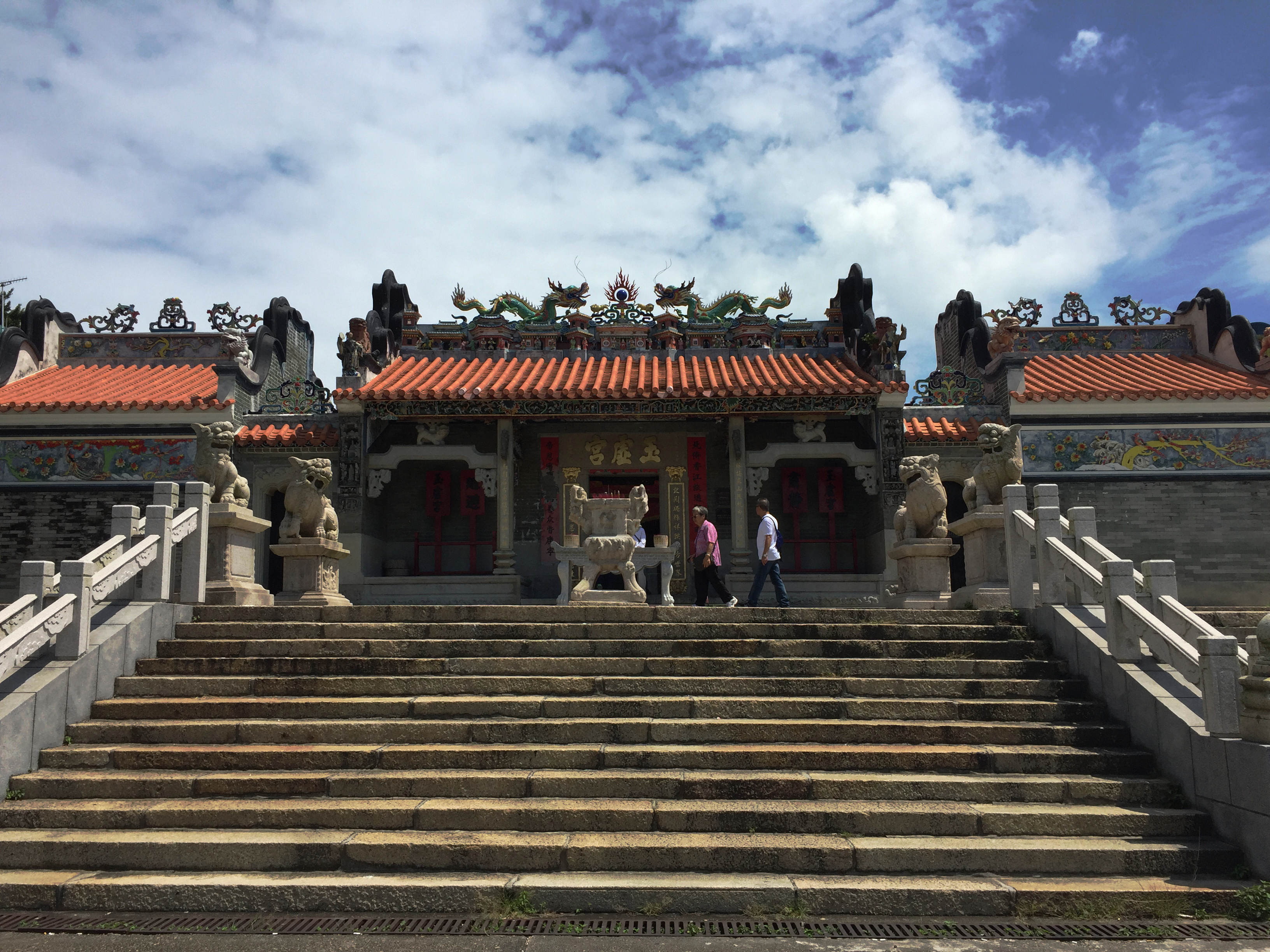 Before settling off into finding lunch as I’ve just arrived like in that scene where Grace Chan’s Hong Kong Police constable officer as on been reassigned from Central Hong Kong Island back to her home town in Cheung Chau..  I’ve setting out in finding this temple, seen previously… seen previously on the map… In where setting out before lunch… As it was still late in the morning, but still modestly relishing the morning breakfast before heading out to Cheung Chau…

Yuk Hui Temple sits, within in-between the shore, beach lines neck of Cheung Chau Island… In which construction of the Temple started in the year of 1783, during the middle later eras of the Qing Dynasty… Heavy design with Ming Dynasty, with Taoist influences as seen with most temples of that era in Hong Kong also in China with roof guardians to protect the temple from any other…. Looking at the brickwork as you can tell the era of construction of the bricks as Ming Dynasty influences are general greyish black tint as the colors originated from over baking process in the kiln in which makes the bricks harden like the same process which takes longer like the golden floor tiles pavement of the forbidden city in which are super durable that takes up also its expensive …….

Throughout the temple it has multiples of chambers, alters indoors and outdoors in which serve to worship for different deities… with different stories.. Within the center hall is the Main Deity, Pak Tai- Yuen Tin Shenug Tai.. He’s also know as the Supreme Emperor of the North heaven, in which his name rings back towards the Shang Dynasty in which he was a prince whom fought the Demon King at the time when his Dynasty was about to be fallen..

Another part of the hall, contains a Great Song Dynasty General’s sword in which has an interesting history… in which it was thrown into the sea in to counter the incoming storms also protecting the villagers, which was later fished up by centuries later in which was presented to the temple in which from then the Song’s great General’s Sword had an interesting history.. During world war two Hong Kong, the Sword was stolen from the invading Japanese Army, one soldier whom it stole it die mysteriously cursefully in which following among his other comrades in his platoon.. in which they finally return it and never set foot into the temple ever again..

Throughout the whole Temple or through its sizes it’s very intimate, due the size with its outdoor open alters, for worshiping.. also it’s Ming Dynasty meeting pavilion with its imperial yellow roof tiles in which there are two placements that reserved for the imperial yellow tiles one for the imperial family, the Emperor household, and the temples in which they have on an equal footing of respectively

Cheung Chau, outside the Yuk Hui Temple, there’s an interesting sports courtyard in which various sports is played, one is basketball, the other in the center is the Bun Festival in which two steam buns filled cone towers are place in the courtyard, in which is a traditional Taoist festival, in which settles stages in either Late April or May to mark the eight day of the fourth moon in the Chinese Calendar.. in which its termed Bun Snatching where braven people snatch the numerous amount of buns whom wins in between the bun tower-Mountain…  in which was seen in the last episode with Wong Tai Mui-Grace Chan with Cheung Po Tsai-Tony Huang…..