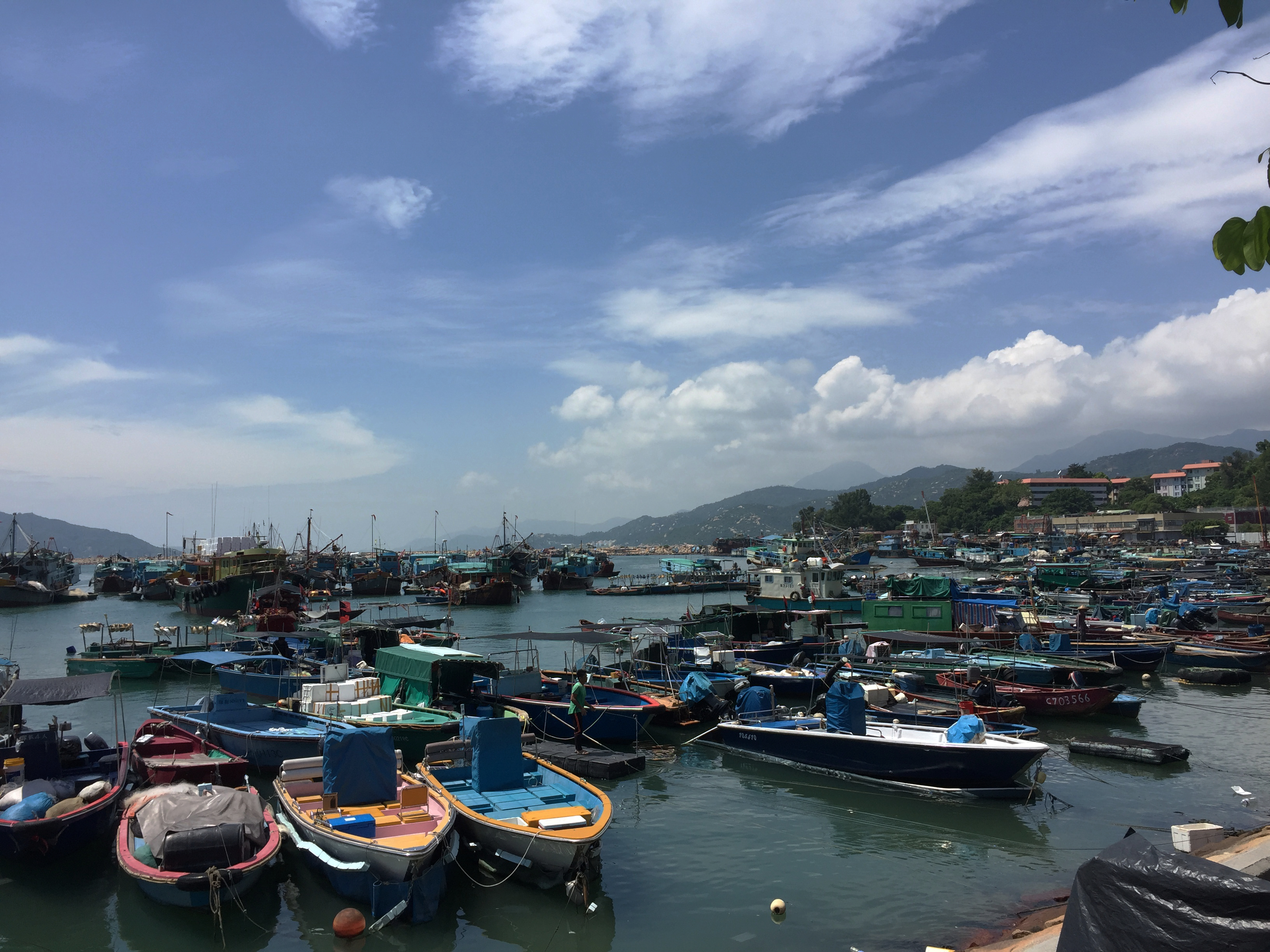 Having Disembarking of the Ferry, onto the Pier of Cheung Chau Harbour, architectural the Pier looks like it dates back to the 1960’s architecturally, as the disembarking onto the terminal you can see the intense richness in history of the place of the terminal unfolds bit by bit as seeing the changes takes place… Through its modifications, whether it’s structurally, socially, through technology, technology wise there’s no doubt it’s up there with the rest like in Hong Kong, but in very good camouflage without surrendering itself in retain its own character in heart…

The First thing, I noticed it was those iconic memorable blue water front blue fence lines, like reliving a scene, or scenes of many where Hong Kong TVB’s Captain of Destiny- Cheung Po Tsai, As Wong Tai Mui- played by Grace Chan stepping into the scene with her in back to Cheung Chau with those blue fences as she comes back to her hometown on a police reassignment with a massive promotion to her rank while her senior was investigating into a major case involving with the named bandit King.

As I walked out from Cheung Chau pier terminal, making sure what is the latest time to return to Hong Kong Island, also without Wong Tai Mui’s pink carry luggage as she returned home ward bound to meet up with her sister whom operates a side store on Cheung Chau’s main street… I started walking towards the coastal walkway in which is heavy full of pedestrians walking the coastal walkways, in which it pays to be very courtesy to the local community, as its heavily trafficked by walkers, bikes, also heavily modified motorized quad bikes with trailers that carry most of the various payloads around the older, aging streets, roads, its avenues as walking continues it pays to be mindful of your surrounds, belongings for just in case, even though every now and there’s a massive police presence everywhere on the streets throughout Cheung Chau also to its relative safe as to say as you walked in between the neighborhood of homes, the front doors are always open, people sometimes leave there doors open, just look inside as you walk pass by, but don’t enter. .

As walking around, taking notes of various locations,  from local community map to find key interest points , in which is helpful given if you didn’t pick one up,  as walking around the first thing that I see, is how very closed network community is as a fishing township village where ..

As walking from the pier, there’s an interesting aroma, that smell that comes with freshly dry shrimp, prawns, also fish, as the local village fishmongers sun dried there previous catches to sell, as Sun drying is  like another way of refrigeration in which could be used be for cooking later as during the dehydration  the aromatic flavors lock in with all that sea salt that soak up the flavors then when cook it release flavors of the dish ,  also that  when in Cheung Chau,  you can basically buy your fresh catch for the day, from various fishmongers whom just caught that fish just now, previously recent after fishing run from their fishing boats , the seafood is so fresh, in which the local restaurants will cook to how whichever type of dishes of fish you’ll like..