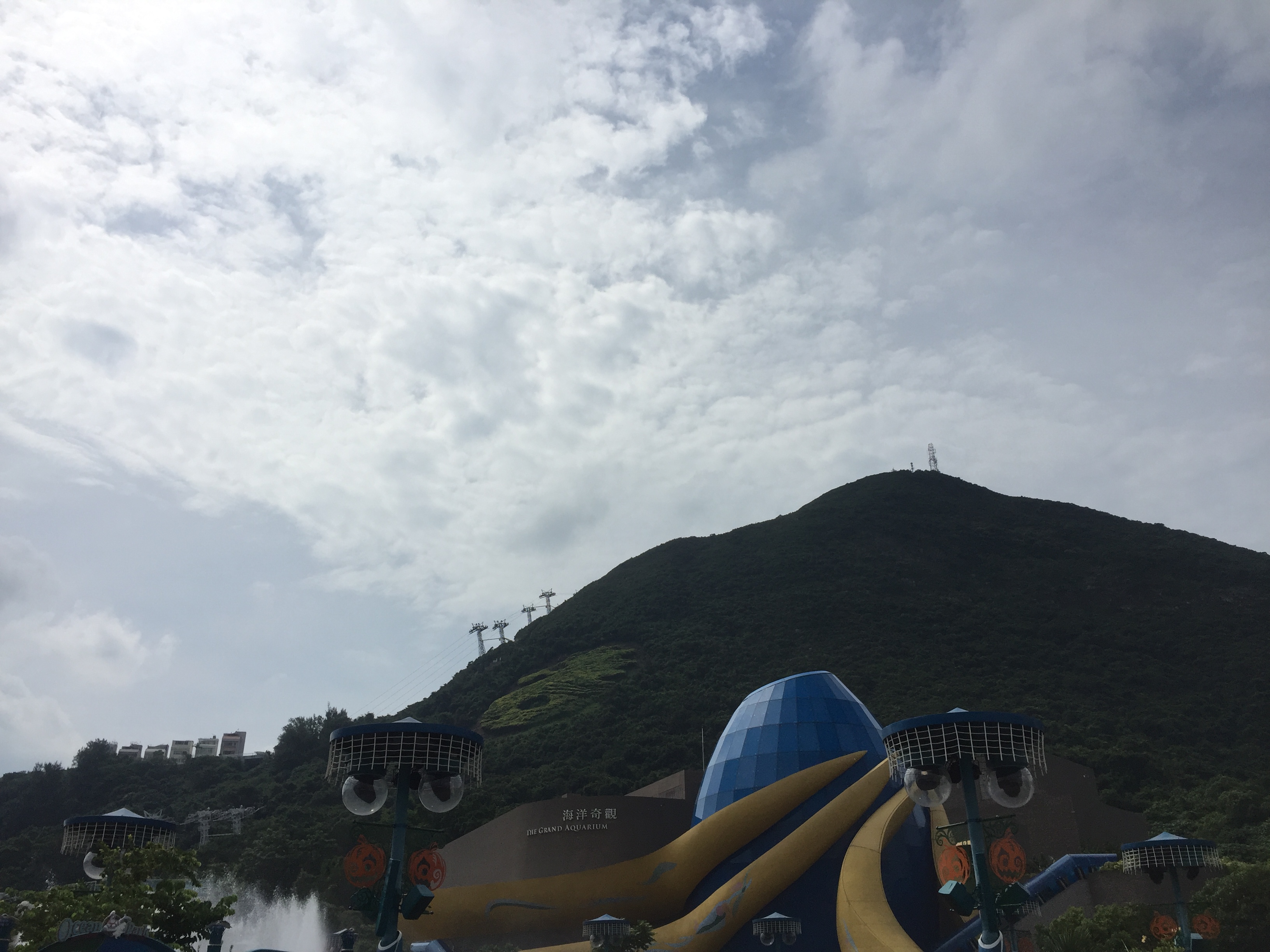 On a Late 23rd September 2016, as I was walking up from taking the Double Decker buses from Central towards Ocean Park in which the journey depending of the traffic taken was least thirty to forty minutes.. Going back to Ocean Park is like a past time, a reconnected Past time where some years back before Disneyland Hong Kong was constructed, As I was walking up the elevators, awaiting for the gates towards Ocean Park entrances,  I notice there’s security for baggage security checks…. As I look left wise I notice  new MTR terminal way that’ve heard about the night before on TVB News at six, on awaited opening on 28th December 2016 in which instead of taking a double Decker bus in which takes thirty to forty minutes from Admiralty the journey time takes least than four minutes to Ocean Park.. As I walked up those elevators awaiting what would that ride be like as I departed from a Double Decker bus way in which is parked opposite across the road is the was the Royal, now Hong Kong Police Academy……..

The MTR New Southern line  is a run by a three carriage system, in which this is a very light network, instead of the traditional seven or more tram cars… in which is used intense urban locations around Hong Kong Island, around in New Territories area… as in the recent promotions of Hong Kong Actresses Jacqueline Wong, Kaki Leung, also Maryanne Mak introduces each stage of the various features…

As first the South Line runs from Admiralty to South Horizons, Ocean Park to Wong Chuk Hang, then onwards to Lei Tung at South Horizons… As from Admiralty Station there are four level stations, the Island Line/ Tsuen Wan Line, Tsuen Wan Line/ Island Line, Future Shatin to Central link, then South Island line platform..  With that level of complexity of finding the right train route several sign markers, in colours, show you the direction of travel also the train that you’ve meant to be on… as you journey towards the view is pretty awesome with the scenery , in which the terminals are also decorative with art form the local communities in portraying local life of the community.. as to this Art is very promenade came from local art workshops in co-operation with the MTR partnership   and Hong Kong Youth Arts Foundation in which gather local secondary schools in creating the local feel of the neighborhood.. ..