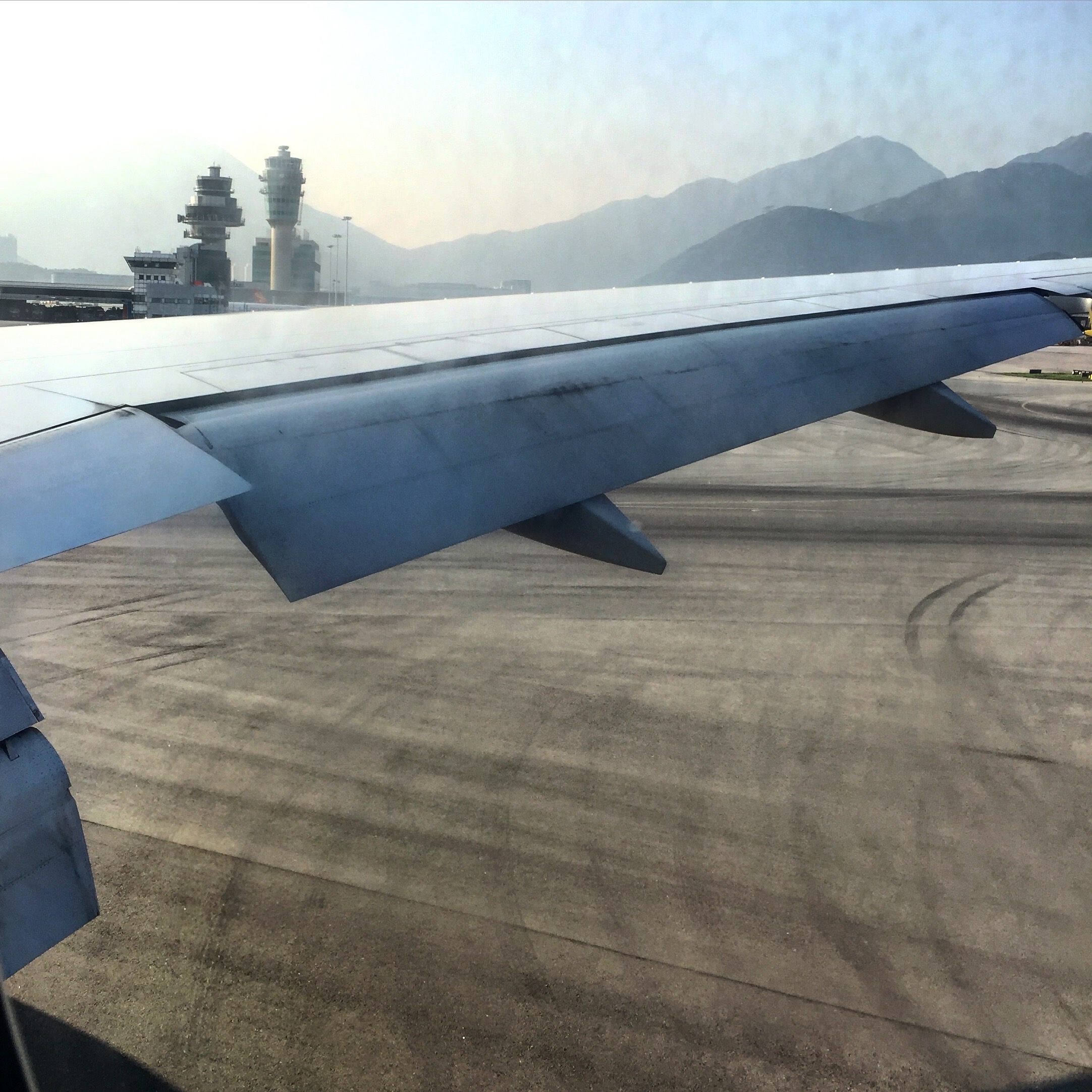 On an “Air New Zealand” Flight bound towards the first home of three, one is Auckland, one is Hong Kong….  Bounded onwards on a very late night time flight very much past midnight… On Air New Zealand Boeing 777-200ER, in which seemingly travels more faster than a Boeing 747-400 in a previous trip a while ago seeming taken least thirteen hours, than now of ten hours on a Boeing 777-200ER … Having boarded, with a window seating, it’s one off the best seating’s on the plane, having said that, the timeless moments of looking outside the window is far more precious than seating in the middle row of seats of the air craft in where you just preoccupied by looking at the entertainment media system of the aircraft, sleeping throughout the flight or looking distracted, at the beautiful girl whom doing the same surrendering looking outside her window seat from afar..

One of the best seating’s that I typical seated, while traveling is the window seat, it’s the best due to that while traveling the view of the window it’s priceless, unreplaceable the viewing  experience  also you can never get it back… If you watch the inflight entertainment it’s replicable but the view as I travel, also the view is great to wake up and sleep with too as from seeing the constellation of stars, on such as the constellation of Orion also Scorpio… one thing I’ve notice on long haul flights is get a moderated good dosage of sleep, waking up to natural lighting instead of inflight lighting.. also I’ve notice along the way having a window seat helps to reduce the stress, as the view each along the way is therapeutic and relaxing as I look into the distance below and above… also it pays to have good music on too whether it’s on your device or from the inflight entertainment  systems..

Even though, having the window seating, one thing I like about Air New Zealand inflight services, is the inflight shop where you can order in beverages, also snacks from the inflight service panel… also it was pretty interesting to see the actual inflight safety video that I’ve written posted only a few months ago with a comedic nature in which is award winning with Air New Zealand inflight safety among with the staff during the flight they’ve been quite smashing..

Having watching the transition Auckland from going towards early hours in the morning, in towards sunrise Amberic clouds in surrendering the blue skies, among the clouds that picturesque like the Chinese paintings that I painted every now and then with seeing the white oriental Chinese like picturesque clouds, I’ve come home, first home, among three… knowing that the Airport I’m landing on is newly large- on Lantau Island, than the one I know previously in Kowloon- the old Kai Tak international Airport hello Home it’s been awhile..