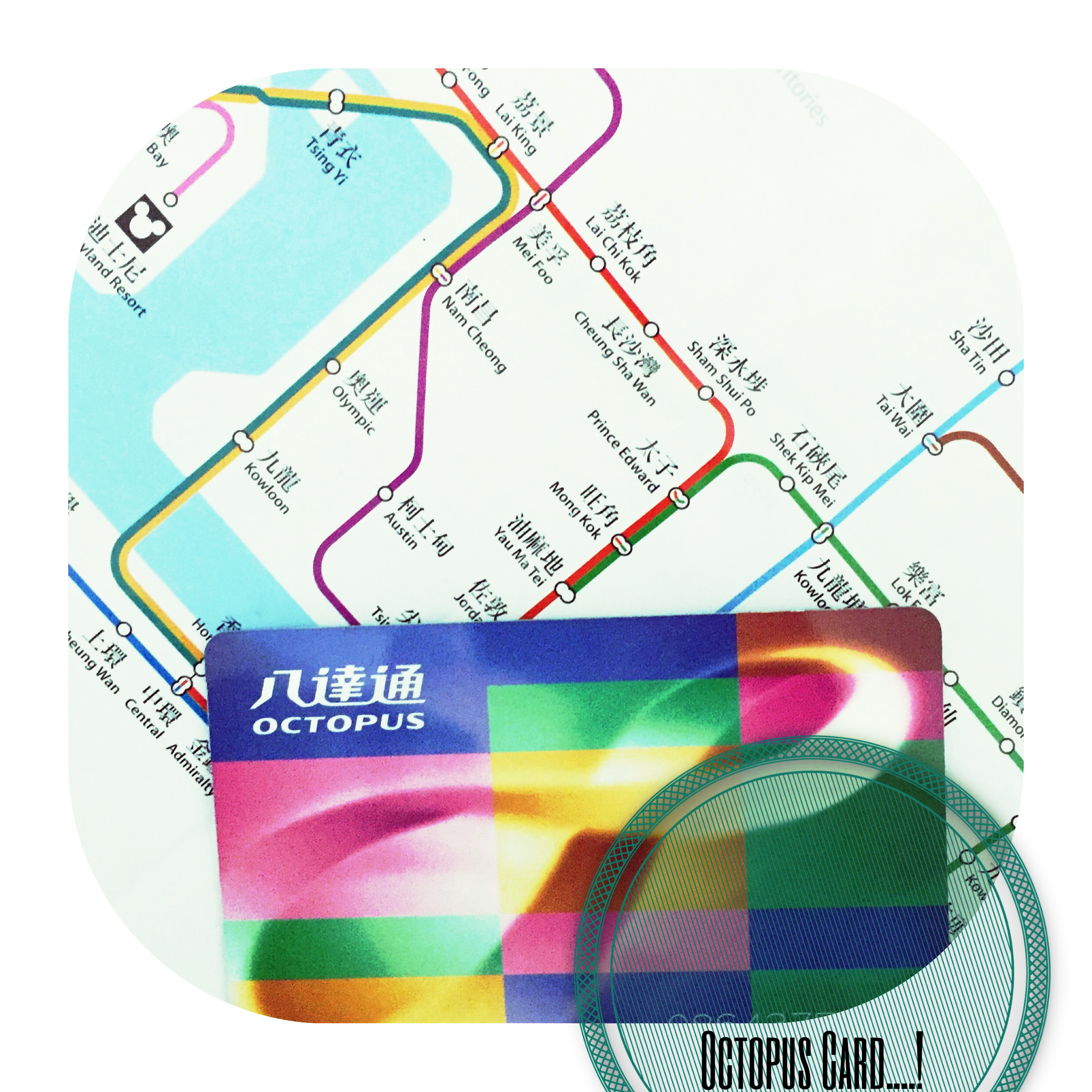 This, your, my Octopus card is far more important than this card in the late 1980’s Diners card advert… Really  is…!

One of the most important pieces of plastics, with a magnetic strip including a NFC chip, is the “Octopus Card”; it has the same dimensions of a standard Credit card, with exclusive features…  As from the first post written that arriving onto back to Already Tomorrow in Hong Kong, as coming back to Hong Kong, the first thing was on my mind beside customs, immigration, Accommodation, also that of my luggage was having too much fun on the carousel…..

Having getting re accustomed with my first Home of three, Hong Kong… adventuring setting foot wise onwards to Nathan Road to Tsim Sha Tsui Subway station in which is in the corner of  Nathan Road, Haiphong Road..  Having walking downwards towards the stations reception in awaiting in line for the inquiry in purchasing one, at the MTR Customer service Center, in which is normally located in the center of the stations between the inwards and outwards flow of the stations hall

After purchasing an Octopus Card, with a deposit for one, is at 50 Hong Kong Dollars (~ 10NZD), in which you can top it up following amount that you required, but a good 100 Hong Dollars (~20 NZD) will do it for a generally getting you by for a week or least that’s depends of how you travel in between unitizing the subways trains, the ferries, Trams and bus network systems travelling in between Hong Kong Island also New Territories … but for now it’s best topped up the card least 300 HKD (~ 60 NZD) for just in case just to get you by in case that you don’t use it to shop for food, groceries, in Octopus Cards affiliated stores in which most places are affiliated with an octopus card NFC reader instore, or a sticker labelled outside the store…. Also if you can’t find the nearest subway station customer center to top up your card you could try the nearest Seven eleven stores around normal open least 24/7…….

When you try to get to know the subway station networking neighbourhood around it’s best to grab a subway map from the customer service center, or there’s a “Hong Kong MTR – iOS App” in which finding it very usefully when there’s various updates with networks that you’re travelling within, the app provides with ambulances of useful information having using it of find the times, best directions on which train route that I’m on or travelling too.. Somehow wondering how along the way of how did I lead myself writing up from Octopus card to MTR network that’ll be another on another post.. but they are very much in a really good relationship together